It is amazing how many people I have seen for whiplash in the last 17 years. One of the main complaints I received was how a particular physical therapist caused more pain or helped very little. Now I realize that as in any profession there are well trained, gifted practitioners as well as practitioners who have not been trained well, or who simply choose not to use their gifts. In any case, I often received people in my office who felt they had not been helped by another health professional, whether it was a P.T., Chiropractor or another type of practitioner.

I remember a client who came to me with triple whiplash. She had seen two P.T.’s, several chiropractors and at least a dozen massage therapists. She was the owner of a 5-star hotel and spa and she loved the spa services.

When she heard about me, she paid me a visit. At the time, all she had heard was that I was a great massage therapist. Within the first 2 minutes of our consultation, I asked her if she had ever had whiplash before. She replied yes, 3 times. Her range of motion was very limited and I proceeded to ask her if she had received any therapy for her condition, and she replied that she had. I asked her if she would like me to correct her range of motion and relieve the pain. Of course I received an emphatic yes to that question.

I went right to work on her neck muscles, pectorals, and upper back for a total of 2 hours. I did some stretching with resistance on the neck and at the end of the session increased her range of motion by 10-15 percent. She left my office pain-free and we scheduled another therapy for 2 days hence.

In our second session she said she was sore the following day but she did feel better that day. Soreness occurs with approximately 10% of my clients. I proceeded to check her range of motion and she had lost about 5% of what we had gained in the first session. I performed the same therapy as before, but I also added some “trigger point” therapy. Once again we increased her range of motion by about 10-15%.

For the first 4 treatments she would gain R.O.M. during the session, and then lose a little R.O.M. by the next session. By the fifth session the R.O.M. started to “stick”. After roughly 14 treatments, spending about 50 minutes each session focusing on increasing her range of motion and addressing her neck pain, we moved on to other issues in her body. In the end her R.O.M. was actually better than it had been prior to her first accident. After twenty 2-hour treatments (with focus on the neck for 40-45 minutes each), we increased her R.O.M. to the point where her head could rotate and her chin could touch the supraspinatus muscle.

After a while we had an on-going joke that her head will be able to rotate like an owl’s head.   🙂

Another story that really stands out involves a lady I worked on in the beginning of my career. She was struck by another vehicle while stopped at a red light. She saw a car coming up on her fast and when the other car collided with hers doing 40 mph, she let up on the brake and then involuntarily pressed the brake again as a result of the collision, causing even more trauma to her neck. She sought out physical therapy and then early that evening she called me on the phone in tears, saying she was in worst pain than before the physical therapy she had just received. I went to her house that evening and worked on her for approximately one hour. At the end of the session she felt much better.

Two days later she went for more P.T. and that day I received another call from her, crying in pain. I was fully booked for that day so I visited her home again that evening and worked on her for approximately 90 minutes with good results. Naturally she stopped going for P.T. sessions and after 10 more treatments with me she was feeling great and back to normal.

A couple of months later her sister got whiplash and went through the same ordeal with a different P.T. She visited my office after her third visit to the P.T and she never went back. After 12 treatments she felt better then new. 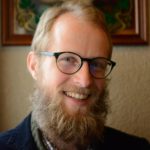 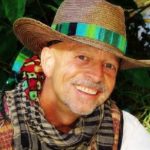 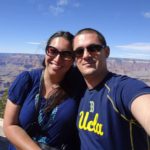 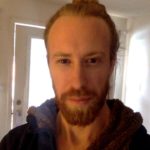 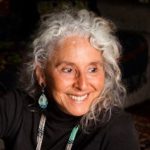 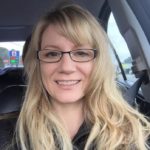